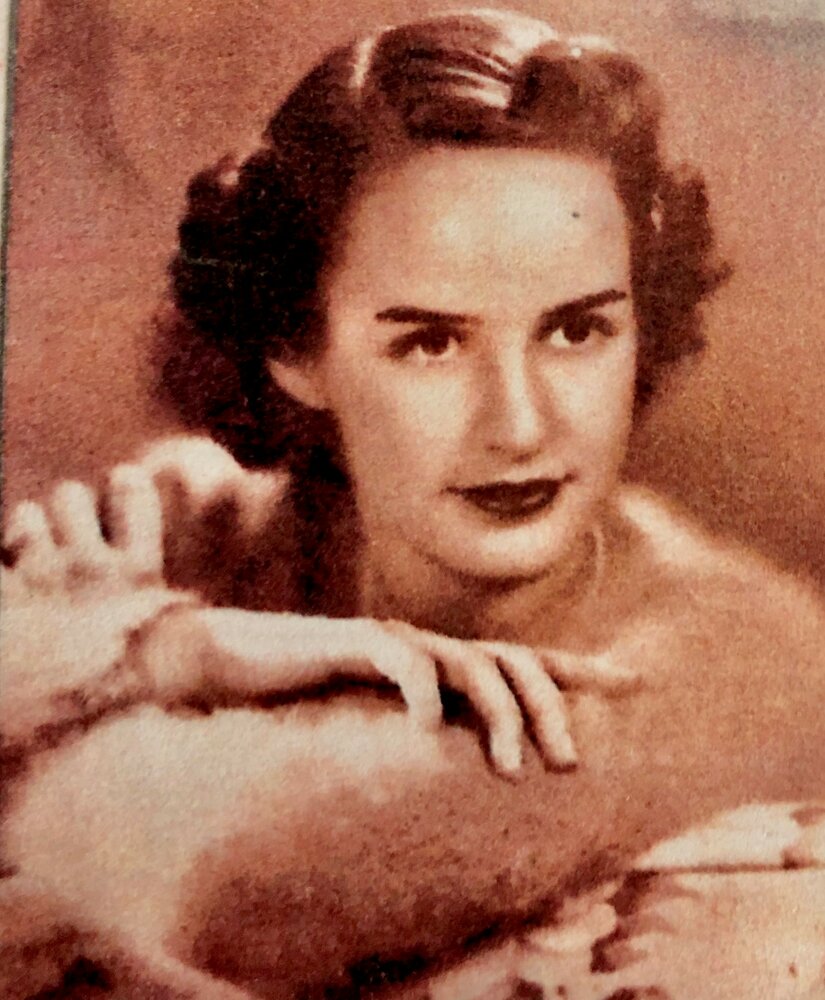 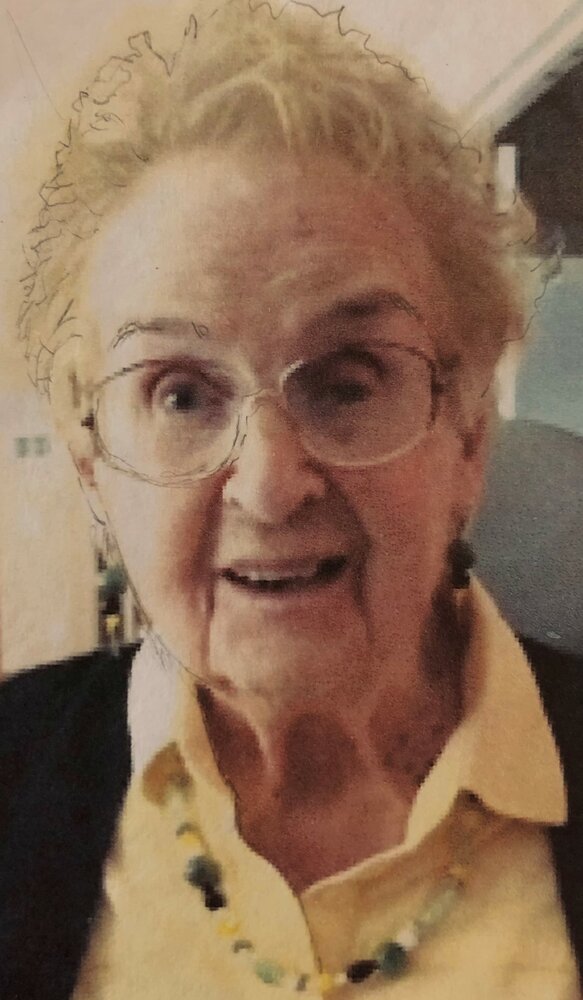 Please share a memory of Augusta to include in a keepsake book for family and friends.
View Tribute Book
Obituary for Augusta Yust Hume (1917 – 2022) Augusta Yust Hume died April 5, 2022 at age 104. She passed peacefully of heart failure and cerebral atherosclerosis in her residence at the Mayflower Retirement Community in Winter Park, Florida. Despite being labelled frail as a child, her family credits her longevity to good genes, excellent medicine, extraordinary caregivers and a strong will to live. She survived a major stroke, a triple cardiac bypass, two broken hips and gradual cognitive decline. Augusta was the youngest of two sons and two daughters born to William Frederick Yust and Frances Hosmer French Yust. The early part of her life was spent in Rochester, NY. The family moved to Winter Park, FL, when her father came out of retirement to become the Librarian of Rollins College. She attended Junior High and Senior High School in Winter Park, after which she attended Rollins College. She met Warren there and they married on graduation day, 1939. During WWII, Augusta and her sister, along with their young children, lived next door to their parents in Winter Park while their husbands served in the military. After Warren was discharged from the Navy, he and Augusta moved to northern New York state. They made several moves throughout the Midwest of the U.S. as their three children grew. Because Warren worked for IBM, the slogan “I’ve Been Moved” applied to them until they settled in Chappaqua, NY, in the 1960’s. As the life partner of a rising business executive, Augusta took on the role of a mid-century wife and home maker. Augusta often traveled with Warren on business trips in the 1970’s and 1980’s when they got to visit many parts of the world. Together, they collected art from these travels. On a light note, the one Old-fashioned cocktail at Happy Hour shared with Warren was a ritual – but never before five o’clock! Because Warren was an avid golfer, she took up golf so she could play with him in early retirement years. In the 1990’s, they split the year between Vermont and Florida. When they needed to be in one place, they came full circle to where they had begun, in Winter Park and once again near her sister. Augusta and Warren maintained a lifelong supportive relationship with Rollins College. Augusta had several enduring interests. Studying philosophy and world religions was a life-long enthusiasm. She and her sister researched family genealogy before genetic and family data were readily available on the internet. Augusta loved art -- admiring the work of others, creating her own, collecting varied pieces from world travels and sharing all these with loved ones. Throughout Augusta’s life, reading was a passion. Supporting efforts to provide opportunities to learn to read and read to learn was her favorite charitable cause. Reading and art were the last ways she connected with the outside world beyond those immediately around her The family who has lost their matriarch includes: son David of San Leandro, CA; son Nicholas (Janice) of Atlanta, GA; daughter Christina of Decatur, GA; granddaughter Korrin Hume Johnson (Brian) of Fernandina Beach, FL, and their son Harvey Andrew; grandson Tyler Hume (Amy) of Nashville, TN, and his son Kaden. She was also beloved by three nephews, a niece and their families, as well as her devoted caregivers of the last several years. A memorial service in Winter Park will be scheduled at a later time. In lieu of flowers, please send memorial gifts to the Rollins College Child Development and Student Research Center in Winter Park, FL.
To plant a beautiful memorial tree in memory of Augusta Hume, please visit our Tree Store

Look inside to read what others have shared
Family and friends are coming together online to create a special keepsake. Every memory left on the online obituary will be automatically included in this book.
View Tribute Book
Services for Augusta Hume
There are no events scheduled. You can still show your support by planting a tree in memory of Augusta Hume.
Plant a tree in memory of Augusta