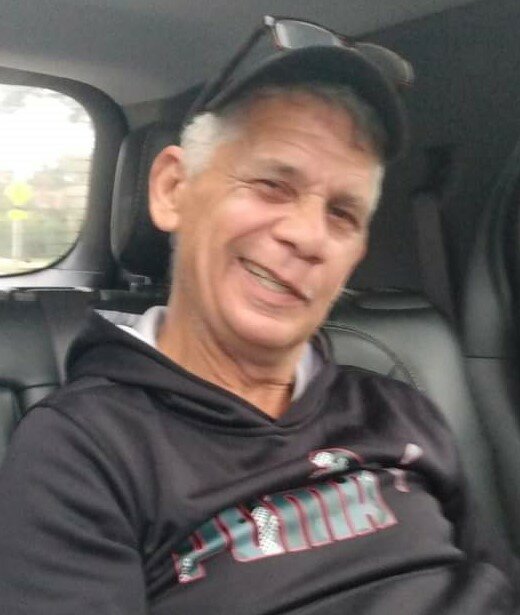 Please share a memory of Augusto to include in a keepsake book for family and friends.
View Tribute Book
Augusto Juan “Gus” or “Cucho” Collazo passed peacefully July 11, 2022. He was born in Rio Piedras, Puerto Rico to his parents, Luz Ramirez and Leonardo Collazo in 1962. He was the third and last child of the marriage but was joined by nine other siblings. Even in such a large family, Cucho stood out. He was handsome, energetic, fun, and smart which cut both ways. When he was good, he was great! But when he was naughty, his mishaps were epic. As a teenager, his parents had their hands full. After graduating High School in Puerto Rico, Cucho moved to the United States and soon after joined the Air Force. In the service, he learned telecommunications which led him to Devry where he received his degree and his career. He was part of the initial wave of people installing the GA Lottery, and had his own company, Midnight Telecom, for several years. While stationed with the Air Force in Georgia, Cucho met his wife, Teri, and they had one daughter, Cristina Danielle. From the start, she was the sparkle in his eyes. Until his final day, they spoke almost daily and kept a deep bond as life took them down separate roads. Cucho was so much fun and never met a stranger. He had the most playful spirit and connected with everyone he met. He was hilarious and witty, and had the best one-liners which became some memorable inside jokes. His loss will be felt hard, far and wide. Depsite living in Georgia for a short while, his heart was in Jacksonville and he told everyone he met that he had been here for 34 years. He knew people from all walks of life and helped many people with bilingual translations over his time in the neighborhood. In contrast to his joyful spirit, there were parts of his life that were incredibly difficult. Cucho had physical, mental, and emotional pain which created a constant cycle of struggle. Cucho’s family was very important to him, and even though he saw himself as the black sheep he was never ashamed to show up for a family gathering and a good meal. Cucho craved being around his family, and had a very special bond with the smallest family members. Likely because he was such a free spirit, and had a child-like view of the world. While Cucho loved all of his family dearly he had a very special connection with his mother. Their relationship was one of love with a capital ‘L’ which is the kind you give even when it hurts, and it linked mother and son in the most beautiful way. Before his health deteriorated Cucho was very physical and loved to be outdoors, often going for walks and riding his bicycle around town. Even after he couldn't be as active as he wanted he loved to spend his weekends watching his Granddaughter Peyton play soccer, and all the while making friends at the field. Augusto is survived by his daughter and son-in-law, Cristina and Neil Cooper; his granddaughter, Peyton Cooper; and his nine siblings: Lizzie, Lenny, Jeanette, Eric, Leniel, Dariel, Lemil, Irisel Collazo, as well as Yaheli and Zirah Torres. Additionally Cucho had many nieces, nephews, cousins, and aunts who will miss him dearly. He was preceded in death by his mother and father, Luz Ramirez and Leonardo Collazo, and his sister Mayra.
To send flowers to the family or plant a tree in memory of Augusto Collazo, please visit Tribute Store
Tuesday
26
July

Look inside to read what others have shared
Family and friends are coming together online to create a special keepsake. Every memory left on the online obituary will be automatically included in this book.
View Tribute Book