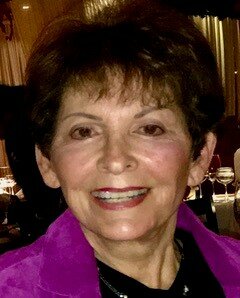 Please share a memory of Elizabeth to include in a keepsake book for family and friends.
View Tribute Book
Elizabeth (Liz) Florence Gorman passed away peacefully on Wednesday, January 18, 2023 at the age of 85. She was surrounded by family in her Ponte Vedra Beach, Florida home. Liz was born November 29, 1937 in Denver, Colorado to Elsie (Peralta) and Albert Vigil and was the oldest of her five siblings: Loretta Cluck, Anita Louer (Roger), Glenn Vigil (Jody), Christine Stanko (Tom), and Denise Pierce (Dave). Liz met Norm Siebern in her hometown of Denver and after they married they spent the next thirteen years in various cities during Norm's major league baseball career and then settled in Independence, Missouri where they raised their three daughters. Liz was heavily involved in all aspects of her daughters' lives and in her spare time worked as a tour guide at the Harry S Truman Library. They moved to Naples, Florida in 1981 where Liz had a successful real estate career. Liz married Bill Gorman in 1996 and they spent their time between homes in Florida and Connecticut. After Bill's passing Liz lived her last few years in Ponte Vedra Beach, Florida. Liz was a loving and caring woman who adored her family and was adored by them. She fought a long battle with Parkinson's Disease and had also suffered a stroke in March 2020. She had a very strong will to live and fought hard until the end. Liz is predeceased by her parents, Albert and Elsie Vigil, her loving husband, Bill Gorman, and her former husband Norm Siebern. She is survived by her children Lisa Siebern, Jennifer Spires (Chriss), Saundra Bellamy (Dave), Bill Gorman Jr., and Nancy Knickerbocker; grandchildren Tyler Weiss, Brielle Bellamy, Alaina Bellamy, April Walker (Charlie), Mason Bellamy (Meghan), Ryan Bellamy (Nicole), Chriss Spires III, Sydney Spires, Haley Gorman and William "Billy" Gorman; and nine great -grandchildren. In lieu of a service, there will be a family celebration of her life in her home state of Colorado. The family asks that instead of flowers, please donate to either of the following organizations: *Parkinson's Disease Research and Education Institute (parkinsonsdiseaseresearcheducationinstitute.org) "GIVE DIRECT" *St. Jude (stjude.org)
To plant a beautiful memorial tree in memory of Elizabeth Gorman, please visit our Tree Store

Look inside to read what others have shared
Family and friends are coming together online to create a special keepsake. Every memory left on the online obituary will be automatically included in this book.
View Tribute Book
Services for Elizabeth Gorman
There are no events scheduled. You can still show your support by planting a tree in memory of Elizabeth Gorman.
Plant a tree in memory of Elizabeth